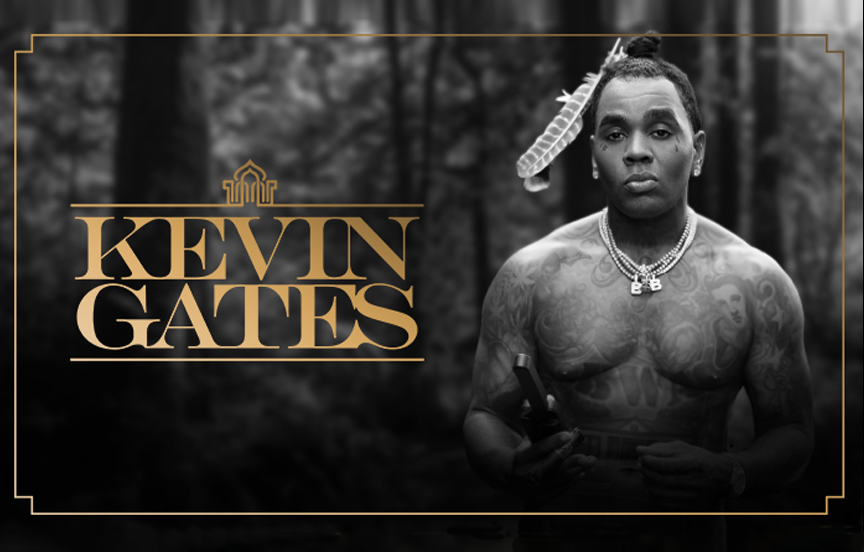 Platinum-award winning rapper Kevin Gates will perform live in concert at Tech Port Arena on Saturday May 14, 2022 at 8pm.

Kevin Gates transformed into one of the most impactful and inimitable rappers in the game by simply being Kevin Gates. Nearly 15 years into an unbelievable career, he doesn’t chase trends. He doesn’t censor himself. He doesn’t hold back. Instead, he speaks his mind and fulfills every promise.  It’s why the Baton Rouge, LA native has racked up 6 billion streams, 6 billion views, and dozens of multiplatinum, platinum, and gold certifications. It’s why he’s logged four Top 5 entries on the Billboard Top 200 in addition to seven Top 5 entries on both the Top Rap Albums Chart and the Top R&B/Hip-Hop Albums Charts. It’s why he’s sold out successive headline tours, delivered show-stopping sets at Rolling Loud and JMBLYA, and ignited arenas with Cardi B. It’s why he’s received various high-profile award nominations. It’s why he’s reached rarified air, emerging as second best-selling hip-hop artist of 2016 only behind Drake. It’s why he’s also spawned countless think pieces. Among those, Pitchfork described 2019’s gold-certified I’m Him as “another showcase for the Baton Rouge rapper’s fully formed and gloriously weird personality” and praised, “The hooks are magnificent, his most boisterous and fine-tuned since Islah.” As always, he doesn’t compromise on 2021’s Only The Generals Part II [Breadwinners Association/Atlantic Records] and more music on the horizon. He’s only gotten better at being Kevin Gates.

This show is all ages. All support acts subject to change without notice.